Share a memory
Obituary & Services
Tribute Wall
Read more about the life story of Joann and share your memory.

On  January 4, 2023 our beloved, mother, grandmother and sister Joann Graham entered into eternal rest at Caton Park Nursing Home in Brooklyn, New York. She was born in Robeson County on June 12, 1952.  Her parents were both the late Roosevelt Graham and Hazel Lee Smith Graham Bell.   Joann was born and raised in Robeson County and attended the Robeson County public schools.  After school she moved to Philadelphia, PA and lived and worked for twenty years. She found employment that she was satisfied with in the housekeeping section of some of the finer hotels.  She enjoyed making things right for the customers and making them happy.

After working and living in Philly she came back to Lumberton to be near her family.  Joann was a strong woman and always a good provided for her family. She was known for entertaining family, cooking and spending time with the grandchildren.  Joann was family oriented and liked to joke and have fun.  Joann accepted Christ at an early age and held on to her faith until her change came.  She loved listening to gospel music and especially enjoyed the artist Tamela Mann and also quartet singers like Lee Williams and Ranch Allen.

Joann began to experience declining health, but did not complain.  She lived a beautiful life and was a loving sister, mother and grandmother.

To send flowers to the family or plant a tree in memory of Joann Graham, please visit our floral store. 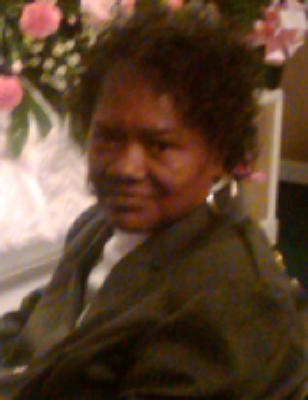