Share a memory
Obituary & Services
Tribute Wall
Read more about the life story of Morris and share your memory.

Mr. Morris “Bob” McCormick 81 of Fairmont, North Carolina entered into eternal rest on Tuesday, January 10, 2023 at Covenant Care Assisted Living Facility in Lumberton, NC. He was the son of both the late Willie McCormick and Sophronia Thompson McCormick Powell. Morris was born on October 5, 1941 in Roberson County, North Carolina. Morris graduated from Rosenwald High School in 1959. On August 4,1962, he was united in marriage to Ruby Neil Campbell. In this union they were blessed with two daughters, Antoinette McCormick, Melinda Calloway-Clark and one son Maurice McCormick.

After retirement, he returned to his hometown of Fairmont, North Carolina where he enjoyed the fruits of retirement life. Morris love watching black and white old western TV shows, gardening and most of all dressing up. He joined First Baptist Church, Fairmont at an early age and later became a member at Star Bethlehem Church, Fairmont where he held a position as an Usher.

In addition to his parents, Morris was preceded in death by his siblings, four brothers, Sandy, Wade, Rayfield and Thomas and one sister Annie Hazel Howard and two grandsons, Steven Calloway, Jr. and Jabarri McCormick.

To send flowers to the family or plant a tree in memory of Morris "Bob" McCormick, please visit our floral store. 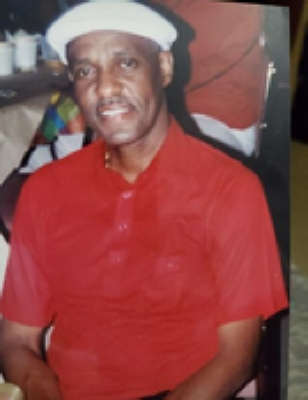