Share a memory
Obituary & Services
Tribute Wall
Read more about the life story of Rickar and share your memory.

Rickar Marchell Ford was born October 09, 1961, the baby of nine children born to the late Richard Ford and the late Georgianna Morant Ford. She went from labor to reward on Tuesday, January 17, 2023 in the comfort of her home. In addition to her parents, she was preceded in death by her son Arius Lamar, and siblings, JoAnn, Genora, Richard Allen, Jean Ethel, Charles Benson, and Rita. Rickar attended Orrum High School and graduated in 1979. During her high school career she excelled in many different areas: Beta Club, Editor-in-Chief of the school paper, co-captain of a winning basketball team, Marshal, and Homecoming Queen. After high school, she attended the University of North Carolina - Greensboro and Robeson Community College. Rickar was a lifetime member of Ohovah AME Church where she served as the musician and choir director of the children and adult choirs from the time she was a very young teenager. During her life, she was a dedicated musician who played for many churches including McCormick’s Chapel AME Church and Rock Hill Baptist Church. An abundance of love and memories are left to her children: daughter, Gemille Ford and son, Richard Ford and his daughter, Nariah. Siblings: Rachel (Ernest) Stephens and Duain (Amanda) Ford. Special cousins she was raised with: Wesley Ford, Sr., April (Lee) Roberson, and Lavander Ford. Her special friend: Timothy Grice. Aunts and uncles: Howard (Henrietta) McLean, Sallie Johnson, Samuel (Shirley) Morant, Sr., Minnie Johnson, Mary Sullivan, Thurman (Dorethea) Morant, Eugene (Shelly) Morant, Terry Morant, Janie Morant, and Wilford Sherman, a host of nieces and nephews, and other relatives and friends.

She competed to become the #1 free throw shooter in the state of North Carolina in her age group.

She played the guitar and the clarinet.

She was handy with tools.

She was a fan of Big Freedia and bounce music.

To send flowers to the family or plant a tree in memory of Rickar Marchell Ford, please visit our floral store. 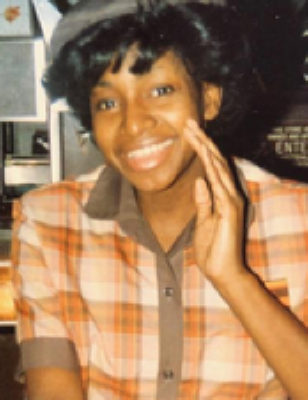